Will NFT Still be a Thing in 2023? Market Prospects NFT – Non-Fungible Tokens was one of the hottest topics in the Web3 market in 2021. While digital art kept breaking records a couple of months ago, the 2022 crypto bear market has significantly impacted the NFT category. The NFTs lost momentum, and some skeptics argue that digital artwork will never return to its glory days.

The Quarterly NFT Market Report prepared by NonFungible.com provides valuable insights and a first-hand outlook on the state of Non-Fungible Tokens. Continue reading this article and learn more about the prospects of the NFT market. The source document for writing this blog post is available for download at this address.

Meaning of the NFT

However, before we get into details, let’s discover the meaning of NFT.

NFT stands for non-fungible tokens. According to Investopedia.com, NFTs are cryptographic assets on a blockchain characterized by unique identification codes and metadata to distinguish them from each other.

The critical assumption for NFT is that, in contrast to cryptocurrencies or fiat money, they cannot be replaced with another item of the same value (as it happens with, for example, two one-dollar coins).

NFT may represent real-world items such as artwork and real estate. NFTs, tokenize those elements making it more efficient to trade the assets.

Non Fungible Tokens (NFTs) have various other applications. For example, they can serve as gaming assets that people purchase for collectible purposes or to strengthen their in-game characters.

Digital economy and blockchain technology create opportunities for NFT art utilization, which results in multiple options for NFT owners. As a result, ‘Utility NFT’ is gaining importance, and some believe it will soon become the number one NFT category.

Therefore, it’s worth learning about various NFT applications. Let’s go ahead and dig into the report shared in the introductory paragraph to find out the current state of the NFT marke

While nonfungible tokens have been through difficult times, it doesn’t mean that the market has been completely erased. There have been some significant trades of six, even seven, digits of value. Below you will find information in the following order: collection value – dollar trade price – cryptocurrency trade price:

While NFT marketplaces are still operational, Q3 performance was depressing. NFT projects lost their value in practically every metric. The vast majority of the performance chart shows drops in digital asset value. The critical parameters of Q3 2022, compared to Q2 2022, are the following:

That’s another quarter of consecutive declines, and some of these numbers may seem dangerous. Minus 84% of total profit at reselling and minus -77% of the total volume of USD traded prove that the market situation has been problematic, and digital collectibles have been going through a tough time.

According to Google Trends report, NFT peaked its search at the end of January 2022. Since then, the interest has been gradually declining, reaching the lowest values since July 2021.

The collectibles segment was historically the most active in the industry but also most speculated about. In terms of active sales and wallets, they are now only in 3rd place.

The last couple of months have been difficult for the entire Web3 space. NFT technology has not been an exception, and the collections of Non-Fungible tokens also suffered severe losses. With the rapidly declining value of NFT collections, many traders ask themselves, ‘how do I limit my losses?’.

One of the little positive signs is the growing importance of the utility segment, which managed to position itself as the only profitable NFT segment in that quarter.

Despite harsh market conditions, some traders managed to end this period on profit. As a result, the total number of wallets that generated more than $100,000 in profit over the quarter equaled 272. Still, it doesn’t make a strong impression if you compare it with 2,593 NFT Wallets in Q2 and 4,536 profitable wallets in Q1.

The Next Boom is Beginning to Take Shape

While some have already announced that the popularity of NFT art is now a song of the past, the NonFungible.com co-founder states quite the opposite.

Regardless of recent declines, it doesn’t mean that the entire NFT industry is gone. It appears that the era of profit and speculation in NFT is over, and a new page in the history of this technology is being written.

The usefulness of tokens takes precedence over the notion of financial investment. Gauthier Zuppinger from nonfungible.com believes that while the NFT market staggered at the beginning of the year, the next boom is taking shape, and the wave is likely to be more explosive and impactful than the “NFT Collectible” era.

It has been a difficult time for NFT, and that’s true. The NFT industry has been going through the actual test, yet there’s still a way to develop notable NFT projects. The new trend of NFT utility brings hope to those who seek to benefit from NFT artwork ventures. 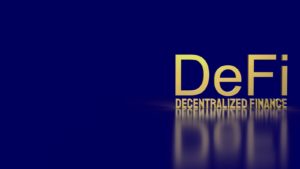 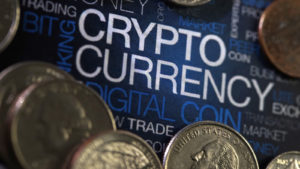